Employee Sues Wal-mart After Being Demoted for Religious Observance 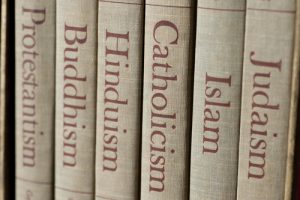 Discrimination in the workplace can be based on race, sex, gender identity, religion, nationality, age, and more. It also can arise after an extended period where no discrimination was present. A case that was recently filed against retail giant Wal-Mart is one such example.

According to a complaint filed in the U.S. District Court for the Eastern District of Pennsylvania, Gordon Fields had been working for the company since 2006, when he was hired to work in the shoe department of a store located in Norristown, Pennsylvania. At the time that he was hired, Fields notified his employer that he is a Seventh–day Adventist and that he observes Sabbath from sundown on Friday to sundown on Saturday. He requested and was granted an accommodation of his religious observance and that accommodation was provided for eight years. In 2014 he was transferred to another store location in Wyncote, Pennsylvania as part of a promotion to an assistant manager position, and at the time the HR Manager in the Norristown store assured him that the accommodation would continue. Upon his arrival at the new location, the manager of that store’s Human Resources department indicated that he had received erroneous information, and that as a manager he would need to work on his Sabbath. His only other option was to be demoted to a lower level position.

Fields initially tried to resolve the situation by seeking dispute resolution via the Equal Employment Opportunity Commission, and when that effort failed he was provided by the EEOC with a letter indicating that he had a right to file a discrimination lawsuit against Wal-Mart. Speaking of the issue, his attorney said, “I’m surprised that Wal-Mart wasn’t willing to work something out at the EEOC level considering we have documentation that he alerted his supervisors of the issues regarding his religious accommodation.”

Not only was Fields’ request for continuing accommodation for his religious needs denied, but so was his request to be transferred to any other assistant manager position in the market that would allow him to practice his religion as he had done previously. In fact, the week after his complaint to management about the discriminatory process, he was given a poor performance report.

If you have been the subject of workplace discrimination based on your religion, and/or you have been punished or retaliated against as a result, then you need an experienced and knowledgeable advocate like the employment law attorneys at Schorr & Associates working on your behalf.