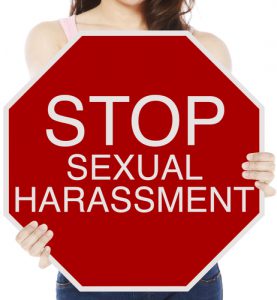 People who closely follow the news – and who are fans of the show Fox & Friends – were shocked last week when popular host Gretchen Carlson filed a sexual harassment and retaliation lawsuit against Fox News’ Chairman and CEO Roger Ailes. For those who have themselves been victims of workplace harassment, the details of the case are remarkably familiar. The only difference is that the people involved are household names, and that the story is making headlines.

The case was filed by Carlson after Ailes “ended her career at Fox News.” According to her filing, Ailes told Carlson several months ago that she should “have had a sexual relation [with him] a long time ago.” She detailed a dismissive response to her complaints about “a pattern and practice of severe and pervasive sexual harassment”, which included being called a “man hater” who needed to learn to “get along with the boys”. The suit was filed after Ailes ended her contract.
Though these reports and details, including Carlson being constantly subjected to sexual advances, ogling, and being “asked to turn around so he could view her posterior” may sound shocking, to many in the workplace, the behavior is something that they have either observed or been subjected to themselves. According to a recent study conducted by the EEOC, roughly one out of three employment discrimination complaints involved this kind of harassment, and little progress has been made over the years.

From a legal perspective, any person who has been put into a position where they feel coerced or that they have been put into an uncomfortable position qualifies them as a victim of workplace harassment. (cite) This is particularly true when the person who is exerting the pressure is in a position of extraordinary power as was the case with Roger Ailes. The higher up the ladder the person harassing you is, the harder it is to say no or to push back. After all, even if you are a well-known television personality, it is difficult to say no when the person who is pressuring you is everybody’s boss.

The story has raised the issue of workplace harassment in a way that may last have been seen in the Anita Hill-Clarence Thomas case. People who have been harassed are feeling inspired by Carlson’s actions, and asking what it takes to hold an employer responsible for their employee’s actions.  Though a company cannot be liable for harassment that they do not know about, they can be if they were informed and didn’t take action to stop it.  And if the person who is harassing the employee is a supervisor who takes action in retaliation for not getting their way, then the employer is certainly liable.  Even more, when the harasser is essentially the employer – as is the case with Ailes because he is the organization’s highest-level employee – the fact that Carlson rejected him and subsequently got fired makes the situation egregious and presents a clear path to a lawsuit.

If you have been the subject of unwanted advances in your workplace, and/or you have been punished or retaliated against as a result, then you need an experienced and knowledgeable advocate like the employment law attorneys at Schorr & Associates working on your behalf.