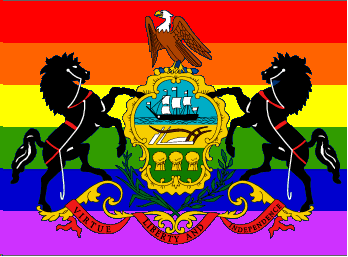 Dale Baxley was a telemarketer for Scott Medical Center.  The facts alleged are ugly.  The complaint alleged that Baxley’s telemarketing manager routinely made unwelcome and offensive comments about Mr. Baxley, including but not limited to regularly calling him 'fag,' 'faggot,' 'fucking faggot,' and 'queer,' and making statements such as 'f_cking queer can't do your job.'  Additionally, according to the allegations in the Complaint, "upon learning that Baxley is gay and had a male partner, the same manager made highly offensive statements to Baxley about Baxley's relationship with the partner such as saying, 'I always wondered how you fags have sex,' 'I don't understand how you f_cking fags have sex,' and 'Who's the butch and who is the bitch?'  The harassment was so overwhelming to Mr. Baxley that he quit.

Baxley himself did not even bring these charges.  The charges arose because the EEOC was investigating five other sexual harassment charges against this same manager, and they discovered that Mr. Baxley had also been sexually harassed and was constructively discharged as a result.  There was an interesting claim in the defendants’ motion to dismiss that because Mr. Baxley himself had never filed with the EEOC, he was barred by the EEOC’s 300 day statute of limitations.  But the Court ruled that the EEOC does not have a set statute of limitations on cases that they bring themselves.

This Court agreed.  The Court noted that the Third Circuit in Bibby relied upon the fact that Congressional had not taken action.  Pointing out that the Supreme Court case of Obergefell v. Hodges, in which the Supreme Court legally recognized gay marriage was a recognition of the illegality of discrimination on the basis of sexual orientation, the Court ruled:

That someone can be subjected to a barrage of insults, humiliation, hostility and/or changes to the terms and conditions of their employment, based upon nothing more than the aggressor's view of what it means to be a man or a woman, is exactly the evil Title VII was designed to eradicate. Because this Court concludes that discrimination on the basis of sexual orientation is a subset of sexual stereotyping and thus covered by Title VII's prohibitions on discrimination "because of sex," Defendant's Motion to Dismiss on the ground that the EEOC's Complaint fails to state a claim for which relief can be granted will be denied.

It remains to be seen what effect the 2016 presidential election will have on the EEOC and the Supreme Court with regard to gay rights, but I see no reason for optimism.  It would be a tragedy for these hard-earned gains to be rolled back.