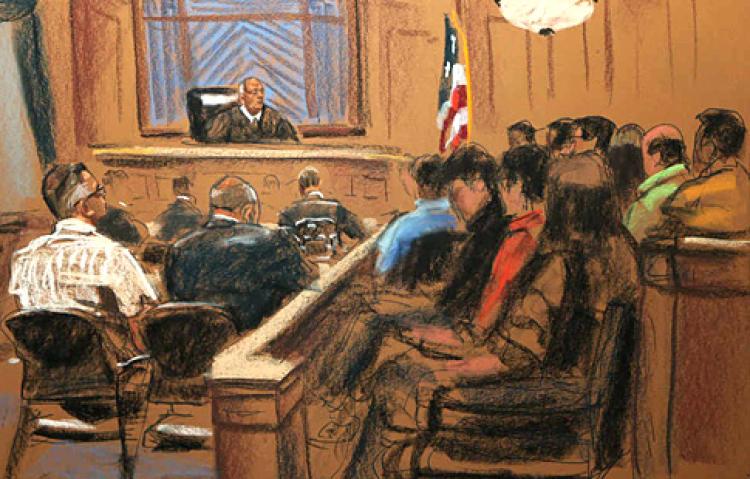 The Appellate Division this week in Suco v. Loving Care Agency, Inc. provided important rulings and guidance on jury instruction issues that have confused judges, litigants, and juries in wrongful discharge cases for decades.  Specifically, the Court addressed and ruled upon whether a judge may instruct a jury to deduct unemployment compensation and tax withholdings from a wrongful discharge verdict.  The definitive answer is that they may not be deducted from the gross pay that the discharged worker was earning.

Theresa R. Suco was a registered nurse who suffered from Chronic Obstructive Pulmonary Disease (COPD).  The Jersey City office to which Ms. Suco was assigned was dirty and “odors permeated the place”.   Ms. Suco alleged that her boss smoked in the office which further aggravated her COPD.  Ms. Suco went out on a disability leave, which angered her superiors.  At one point, she submitted a doctor’s note in which the date of return was whited out and altered by the doctor’s office.  The employer accused her of altering the note.  Ms. Suco produced a new note along with an explanation from the doctor stating that it was the doctor’s office that altered the note and not Ms. Suco.  Nevertheless, the employer disbelieved her and her doctor and fired her for allegedly altering the note.  She sued under the NJLAD and the litigation ended with a trial.

The jury found in Ms. Suco’s favor.  There were a few issues that occurred before the jury got the case.  The judge had dismissed the Plaintiff’s punitive damages claim.  The Appellate Division affirmed the dismissal.  The Appellate Division also denied the Defendants’ cross-appeal that the judge should have granted the motion for judgment notwithstanding the verdict.  The important part of this opinion involved the verdict on back pay, which was influenced by a series of incorrect instructions from the judge regarding deductions from pay.

The judge instructed the jury not to deduct unemployment compensation received from the back pay verdict.  The judge also instructed the jury that back pay should be calculated based upon take home pay and not upon gross wages.  The jury returned an award of $200,000 “minus disability, unemployment and federal/state taxes”.  The judge sent the jury back to provide a more precise calculation.  The judge requested the parties to stipulate that disability and unemployment were $85,000 and agreed on the amount of taxes.  The jury returned with a verdict of $301,708.75.  The judge dismissed the jury without asking for a clarification of how the jury arrived at the number.  It seems clear to me that the jury calculated what gross number was needed to provide the plaintiff with $200,000 after taxes, but it apparently was not clear to the court, and the court never asked for clarification.  Instead, the judge molded the original verdict, reducing it by unemployment, disability and taxes.

The Appellate Division found reversible error.  The Court made it clear that verdicts are not to be reduced by unemployment compensation or disability because back pay verdicts should not be reduced by unearned income.  The Court also ruled that income taxes should not have been deducted and that in wrongful termination cases, the damages should be based upon gross income.  The Court ordered a new trial on back pay damages with appropriate jury instructions.

The issues regarding deduction of unemployment and wage taxes has been a contested issue in every trial I have been involved.  It is constantly an issue that creates confusion with judges and juries.  Judges are used to making these deductions in personal injury cases because personal injury verdicts are generally not taxable.  However, in employment cases, it is the opposite.  Back pay is taxed as wages and emotional distress damages are taxed as ordinary income.  If the jury deducts taxes, then the Plaintiff suffers double reduction of the verdict.  First, a reduction provides a windfall to the wrongdoer, then the victim pays tax on that artificially reduced award.

Unfortunately, we still have an absence of a published appellate opinion stating these important principles.  This Appellate panel relied only upon a 1974 Law Division case and a 1995 Third Circuit case which predicted how a New Jersey court would rule.  I will be writing to the Committee on Publications to urge publication of this important case because it is the only Appellate Division case we have that has actually made these rulings.  Anyone can write to the Committee on Publication, and all letters are taken seriously.  The address is Administrative Office of the Courts, Committee on Opinions, CN 964, Hughes Justice Complex, Trenton, NJ 08625.