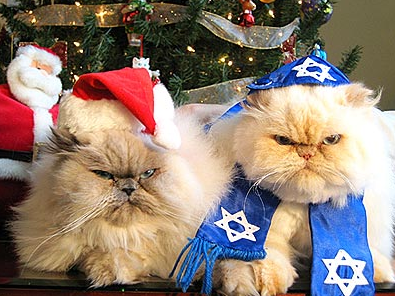 The holidays came just a bit early for Massachusetts attorney Kamee Verdrager, who settled her long-litigated case against her former law firm.  The settlement for an undisclosed amount came six months after the Massachusetts Supreme Court reversed summary judgment and reinstated Ms. Verdrager’s lawsuit alleging discrimination and wrongful termination.  The settlement ends over seven years of contentious litigation.  The Massachusetts Supreme Court followed New Jersey law in determining whether an employee who uses “self-help” to gather evidence to support her lawsuit engages in protected activity, so it is worth reviewing that important decision.

Ms. Verdrager had complained for four years about gender and pregnancy discrimination, which had included a demotion which she believed was discriminatory.  On the advice of her attorney, she searched the firm’s document management systems for items that might prove discrimination.  After her searches were discovered, she was terminated “for cause”.  She filed suit in 2008, but summary judgment was granted in 2013, with the trial court finding that there was not enough evidence to demonstrate that the employer’s actions were pretextual.  In May 2016, the Mass. Supreme Court reversed.  In doing so, that Court expressly followed New Jersey’s law on how to determine when and whether self-help can be a protected activity.

The primary reason for the Court’s reversal was an analysis of the evidence, which the Court ruled was more than enough to establish evidence of pretext.  Although the Court acknowledged that it did not need to address the issue of “self-help discovery”, the Court recognized it as a matter of important public policy likely to recur.  In making its ruling, the Court decided to follow the seven step analysis announced by the New Jersey Supreme Court in Quinlan v. Curtiss-Wright Corp., 204 N.J. 239 (2010).  Those seven factors for determining whether self-help is a protected activity are:

The Massachusetts Supreme Court adopted this test in its entirety, but chose not to apply it to Ms. Verdrager’s case, leaving it for the trial court to decide.  Ultimately, that will not be necessary because the case has settled.  New Jersey continues to lead the way on the fight against employment discrimination.  New Jersey employees must be very careful, however, in employing self-help discovery.  Although the action may be protected under the New Jersey Law Against Discrimination or the Conscientious Employment Protection Act, the employee may nevertheless incur criminal liability, as set forth in State v. Saavedra, 222 N.J. 39 (2015).  Accordingly, employees who are considering self-help discovery should consult an employment attorney prior to taking any action.

Happy Holidays and Happy New Year to all.