Schorr & Associates’ Employment Case of The Week ending May 12, 2017 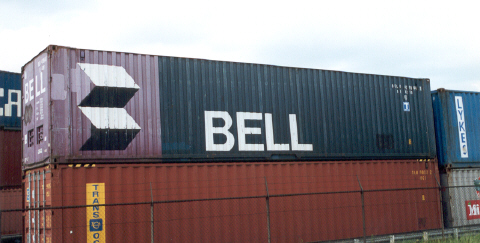 In a published opinion this week, the New Jersey Appellate Division ruled that a discrimination claim brought under the New Jersey Law Against Discrimination cannot be pre-empted by the Labor Management and Relations Act (LMRA) unless resolution of the discrimination claim will require interpretation of any provision of the collective bargaining agreement between the union and employer. This case follows a recent Supreme Court opinion in which the Court held that the Conscientious Employee Protection cannot be preempted by the LMRA under the same circumstances.

Mr. Hejda then filed an administrative claim with the New Jersey Department of Labor alleging that he had been discriminated against for filing a worker's compensation claim. His claim was dismissed by the Department of Labor, finding that Mr. Hejda had not received a proper certification to return to work. Mr. Hejda then presented a new certification which, he claimed, complied with all legal requirements. He was offered a job as a “night switcher” but the employer would not permit him to drive. Mr, Hejda then filed this lawsuit alleging violation of the New Jersey Law Against Discrimination and worker's compensation retaliation.

The employer moved to dismiss and the trial judge granted the motion, holding that the resolution of the case depends upon an interpretation of the collective bargaining agreement and therefore was pre-empted by the LMRA. Pre-emption occurs when Congress declares that a Federal Law is so encompassing that it supersedes State law.

Ultimately, the Appellate Division ruled that there is nothing alleged in the NJLAD or worker's compensation retaliation claim that requires an interpretation of the collective bargaining agreement and therefore was not pre-empted by the LMRA. The Court relied upon a recent N.J.Supreme Court case, Puglia v. Elk Pipeline, Inc., 226 N.J. 258 (2016), in which the Court held that a state whistleblower claim under CEPA is not pre-empted where the interpretation of the collective bargaining agreement was not necessary for resolution.

It is important to note that Mr. Hejda is not home free. The trial court only addressed the subject matter jurisdiction part of the motion to dismiss. On remand, Mr. Hejda still faces numerous other parts of the motion to dismiss that the trial court did not address because the court had found they did not have jurisdiction. Despite the uphill battle, Mr. Hejda’s case is important to clarify that the NJLAD will not be pre-empted by the LMRA unless the interpretation of a CBA is necessary to the resolution of the lawsuit.