Schorr & Associates’ Employment Case of The Week ending May 5, 2017 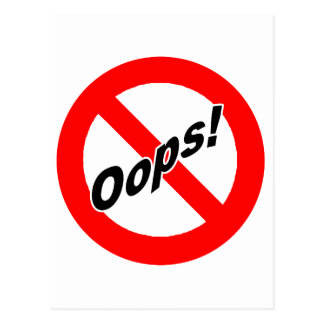 This week our law firm, Schorr & Associates, P.C., was a successful litigant arguing for the invalidation of an onerous and illogical unemployment regulation that would have disqualified unemployed workers for benefits if they committed negligent acts. The Appellate Division, in a published opinion, invalidated the Department of Labor’s regulation, N.J.A.C. 12:17-2.1, which defines the terms “simple misconduct” and “severe misconduct”.

To provide some history, we have had a constant struggle with the Department of Labor, which has been increasingly willing to disqualify workers who have lost their jobs due to unintentional mistakes even though the regulations clearly required there to be malicious and intentional violation of policy in order to be disqualified. These have included making a mistake mixing paint the wrong color, accidentally giving the wrong x-ray to the wrong patient with the same last name, and accidentally leaving a jewelry case unlocked (nothing was stolen).

The negligence issue came to a head in the case of Silver v. Board of Review, 430 N.J. Super. 44 (App. Div. 2013). In that case we represented Joan Silver, a teacher in a Youth Correctional Facility. Despite her best efforts, a student had stolen a pen, which Ms. Silver reported immediately after discovering that the pen was missing. The employer fired her, and then the Department of Labor disqualified her, arguing that her mistake could have led to a fatality, since the pen could arguably be used as a weapon (mightier than a sword, they say).

In a rare published opinion, the Appellate Division reversed, holding that the unemployment statute was not intended to disqualify workers who lose their jobs due to unintentional mistakes. The Appellate Division pointed out that even the Department’s own regulations require an intentional and malicious action to be taken in order to constitute “misconduct”. Rather than accepting the decision of the Court, the Department of Labor retaliated by changing their statute defining misconduct to remove the requirement of malice and to add negligence to the definition of “simple misconduct”.

The new regulation took dicta (non-binding comments) from a 1956 case, which quoted a definition from a 1943 legal dictionary, which had defined misconduct as including “negligence in such degree or recurrence as to manifest culpability, wrongful intent, or evil design . . .” Our firm, along with a few other attorneys and organizations objected to this regulation as being illogical and oxymoronic - after all how can negligence be intentional or evil? If it is negligent, then it is, by definition, unintentional.

The Department of Labor enacted the regulation over our strenuous objections. Our firm, and the National Employment Lawyers Association - New Jersey, represented by our firm, filed an appeal to challenge the regulation. The Appellate Division invalidated the regulation, holding that the inclusion of the negligence language has led to a “linguistic morass, one that cannot be readily or sensibly understood and applied." The Court ordered the Department to “go back to the proverbial drawing board and develop a clearer and more cogent alternative”. The Court gave the Department 180 days to either take corrective action, or in the alternative, to appeal to the State Supreme Court.

This is a huge win for New Jersey’s unemployed workers - the most vulnerable of our citizens. New Jersey calls its program “Unemployment Insurance”. Every employee in New Jersey pays a weekly premium through wage deduction from their paycheck. Just like car insurance is in place to cover accidents, even when the insured is driving negligently, unemployment insurance is intended to provide a safety net to workers who lose their job for reasons other than deliberate misconduct or voluntarily quitting without good cause. This important Appellate decision affirms that workers should never be denied unemployment benefits for making an unintentional error.

We are very proud to have led this successful effort. Keep watching this blog. We will keep you informed as to new developed.