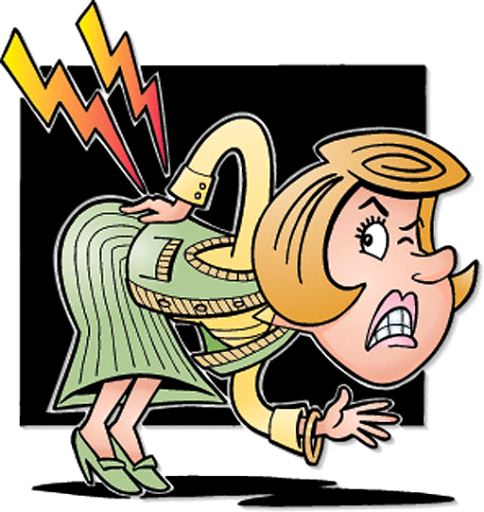 This week, our Case of the Week focuses on the New Jersey Supreme Court’s decision in Grande v. Saint Clare’s Health System, which this blog has previously covered.

In sum, Maryanne Grande worked as a Registered Nurse with St. Clare’s Health System for ten years when she was terminated in July 2010.  Beginning in 2007, Ms. Grande suffered a series of work-related injuries.  She suffered her final work-related injury in February 2010, while she was caring for an overweight patient. She sustained injuries to her back which ultimately required surgery and four months of recovering and rehabilitation before she could return to work.

In July 2010, Ms. Grande’s doctor cleared her to resume full-duty work. However, St. Clare’s required Ms. Grande to undergo a “functional capacity evaluation” or “FCE” before she could return to work. Ms. Grande underwent the examination, the results of which recommended certain maximum loads for her to bear. The FCE results also explained that Ms. Grande qualified to return to work on “altered duty” based on the Report’s recommendations. Following the functional capacity evaluation, Ms. Grande was summoned to a meeting with her supervisor where she was fired.  Ms. Grande filed suit against her former employer asserting two counts of unlawful discrimination based on her disability and a perceived disability.

The trial court granted summary judgment in favor of St. Clare’s and dismissed the case, finding that Ms. Grande did not establish a prima facie case of discriminatory discharge because she “failed to articulate whether she was performing (or was able to perform) her job at a level that met the employer’s legitimate expectations.” Ms. Grande appealed and a divided Appellate Division reversed, vacating summary judgment, because the record contained several material facts in dispute that could only be resolved by a jury.  St. Clare’s then appealed the matter to the New Jersey Supreme Court.

Last week, the New Jersey Supreme Court affirmed the majority Appellate Division ruling and remanded the matter to the trial court for further proceedings.  Notably, this case is the first time, outside of a failure-to-accommodate claim, that the Court considered at what point in the McDonnell Douglas analysis a court is to consider the availability of a reasonable accommodation.  The Court held that said reasonable-accommodation consideration belongs in the second prong analysis of a plaintiff’s prima facie case, stating:

A plaintiff may satisfy the second prong of the prima facie case for an allegation of discriminatory discharge based on a disability by putting forth evidence either that she was actually performing her job or was able, with or without reasonable accommodation, to perform her job to her employer’s legitimate expectations.

With respect to Ms. Grande, the Court held that Grande had met the modest burden to withstand summary judgment as to the second prong of her prima facie case because a material issue of fact exists “as to whether Grande’s periods of absence from work preclude her from demonstrating that she was actually performing her job at the time she was terminated.”

The Court also examined the employer’s alternate claim on appeal that, even if Ms. Grande has established a prima facie case, Saint Clare’s is entitled to summary judgment on the basis of its defense (under the second step of the McDonnell Douglas framework), that the firing of Ms. Grande was justified because she was both unable to perform the essential functions of her job and unable to do so without posing a risk of harm to herself of others.  The Court held that to provide its claim, the employer must show that it “reasonably arrived” at its opinion that Ms. Grande’s perceived disability precluded her from performing as a R.N. (i.e., that its opinion is “based upon an objective standard supported by factual evidence”).

The employer maintained that it met this burden by relying on the Ms. Grande’s FCE Report.  However, the Supreme Court found that the report presented material issues of fact as to whether the lifting standards identified by the report as St. Clare’s requirements are actually the standards applicable to Ms. Grande's position and as to whether the report conclusively establishes that Ms. Grande is unable to perform her job.  The Court found that these factual disputes are material to the issue of whether Ms. Grande’s disability precluded her from performing the essential functions of her job and the evidence that St. Clare’s presented that Ms. Grande presented a risk of injury to herself or patients is inadequate to resolve such material issue.

This decision, including the concurring opinion by Justice LaVecchia, is a must-read.