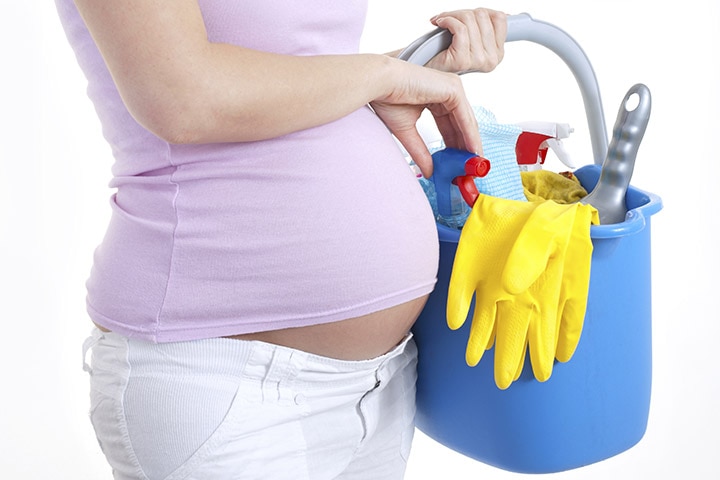 The Appellate Division reversed an indefensible grant of summary judgment against a pregnant medical technician with a high-risk pregnancy who was fired by a medical practice for refusing to climb a ladder to wash windows. The grant of summary judgment by the motion judge in this case was especially egregious and highlights the prejudice that pregnant women still suffer, both in the workplace and in the Courts.

Sandra Roopchand worked for Complete Care (now known as FastCare) and its former owners as a medical technician for a year and a half preceding her termination in July 2014. Her duties included both patient care and administrative duties for this small medical practice. Prior to her termination, there had never been an issue with her job performance. On July 24, 2014, she advised one of the two doctor-owners that she was pregnant and that it was a high-risk pregnancy. Five days later she told the other doctor-owner, when she saw him, that she was pregnant, and he told her that he already knew. She did not tell him that she was high-risk at that point because she assumed that he already knew that as well.

Later that day she heard the doctors talking to each other that, “I don’t care, she’s a liability”, and then they started speaking softer. Later that day, one of the doctors asked her to clean the second floor windows, which were floor to ceiling and would have required a ladder to clean. Believing the doctor was joking, she responded, “I don’t do windows”. Indeed, Ms, Roopchand had never before been asked to clean windows because the medical practice had a cleaning service. The doctor asked her two more times and she again refused. She asked her co-workers whether any of them had ever been asked to wash windows, and nobody had ever been asked to wash windows.

She was then terminated on the spot for insubordination. The Plaintiff was understandably shocked, especially since one of her co-workers her argued forcefully with the same doctor and told him to “shut up” and yet suffered no discipline at all. The Plaintiff filed for unemployment and the Department of Labor found that she was not terminated for misconduct. Then she sued. The Defendants, after discovery, filed for summary judgment, and Judge Thomas Walsh, of Union County, shockingly granted summary judgment. To do so, Judge Walsh displayed disappointing ignorance and disregarded key facts.

First, the Judge blamed the Plaintiff for assuming that one doctor had told the other about the high-risk pregnancy, and falsely stated that “there is no evidence whatsoever that [the doctor] even knew of [plaintiff’s] pregnancy prior to terminating her employment”. He stated that although Ms. Roopchand alleged that her pregnancy was high-risk due to hypothyroidism, “she did not have any work restriction due to her pregnancy, and at no time told [the defendants] that she had any work restrictions.”

The Appellate Division reversed. The panel acknowledged that washing windows was not part of the plaintiff’s regular job duties and that she had never been asked to do so until she announced that she had a high-risk pregnancy. Furthermore, she was the only employee ever asked to do so. The Appellate Division found that there was ample evidence presented by the plaintiff that the employer’s reason for termination was pretextual and that the real reason was discriminatory, and accordingly reversed the dismissal.

Two important points here. First, our judiciary is still struggling with pregnancy and childbirth-related issues despite the recent amendments to the New Jersey Law Against Discrimination, N.J.S.A. 10:5-12(s) which expand the explicit protection of pregnant workers and those that have to breast feed and express milk.

Second - and this is an important point - the Appellate Division took time to point out that the Department of Labor found in her favor at the unemployment appeal, holding that, “Had the doctor informed the claimant that her refusal to comply with the directive would result in her termination she would have informed him she was refusing because of her high risk pregnancy.” Although unemployment testimony and opinions are not binding on the courts, Appellate Courts have been willing to consider that grant of unemployment benefits as evidence to support the denial of summary judgment. See also, Gibbs v. Caswell-Massey, 2011 N.J. Super. Unpub. LEXIS 2629 (App. Div. 2011). This underscores why it is so important to have an experienced unemployment attorney handle any unemployment hearing, and why these hearings need to be taken very seriously.