Rutgers University recently settled several major whistleblower cases that were inherited with the merger of the University of Medicine and Dentistry of New Jersey (UMDNJ). Rutgers agreed to pay out nearly $2 million in settlements to former high-level administrators. These confidential agreements put an end to two long-running lawsuits that charged UMDNJ with wrongful termination or alleged fraud and illegal bidding practices. 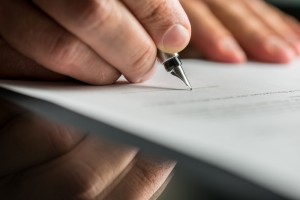 The University of Medicine and Dentistry of New Jersey's sordid past included a culture of fraud and abuse, waste, as well as lucrative consulting contracts that went to political insiders. Furthermore, UMDNJ had been accused of double-billing Medicare and Medicaid by millions of dollars, as well as an illegal kick-back scheme that gave doctors no show jobs in return for referring patients to the university's faltering cardiac surgery program. A state powerbroker and former state Senator Wayne Bryant was convicted for using influence to secure a pension-padding job at UMDNJ that required little work and sentenced to four years in federal prison.

In 2005, UMDNJ was overseen by a federal monitor in 2005 after threats by Chris Christie, who was then a U.S. attorney to prosecute UMDNJ for allegedly overbilling the government for treatment of Medicare and Medicaid patients – an alleged total of $4.9 million. The fraud and waste at UMDNJ produced over a dozen whistleblower and wrongful termination lawsuits – most of which were settled out of court. In 2009, UMNDJ settled for $2 million with the U.S. Department of Justice over Medicare and Medicaid fraud allegations. Former UMDNJ faculty member and attending physician alerted prosecutors of the illegal billing after he filed a whistleblower complaint under the Federal False Claims act. He received a portion of the settlement.

Even after several settlements, Rutgers still found itself fighting several outstanding legal cases after the merge.

Edward Burke, the former chief financial officer of UMDNJ in Newark, NJ who claimed he was fired after accusing top administrators of defrauding Medicaid systematically. Burke accused superiors of retaliating after he accused the school of covering up its failure to comply with federal rules. According to the complaint which was filed in 2008 in federal court, Burke alleged that UMDNJ deliberately overpaid doctors and shifted those costs to the hospital to inflate reimbursements from Medicare, Medicare, and Charity Care. He also claimed the UMDNJ teaching hospital had been backing the private practices of faculty physicians and he was forced out due to raising the issue of physician overcompensation and potential criminal violations. The case resulted in a $1.2 million settlement (paid in part by the medical school's faculty practice group), though Rutgers responded that Burke's claims had already been raised by others and addressed and said his case was an opportunistic and parasitic suit. The settlement covered all claims by the former UMDNJ vice president, as well as lost benefits, any back pay, and attorneys' fees. Rutgers admitted no wrongdoing. 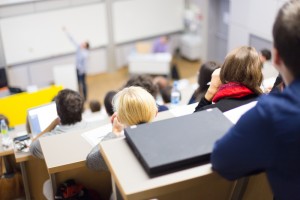 "Burke attempts to walk a paved road years in the making by many others before him," Rutgers university attorneys stated. "For the past decade, numerous litigations and extensive media coverage have discussed alleged Medicare, Medicaid and Charity Care fraudulent billing and reimbursement issues involving the University of Medicine and Dentistry."

Furthermore, Rutgers reached a $700,000 settlement with purchasing official for UMDNJ, Ellen Casey. Casey claimed she was terminated after the discovery of telecommunications contracts worth millions of dollars were being awarded without public bids. Casey also stated that at one point, her department was forced to hire a politically connected employee for a non-existent mailroom position. While Rutgers made an effort to keep the cases quiet by imposing strict restrictions on the disclosure of any terms of settlements, NJ Advance Media obtained copies of the terms of both cases through Open Public Records Act requests with the state university.

If you believe you have suffered wrongful termination in NJ, it is important to contact an experienced employment dispute lawyer. Call now -Schorr & Associates, P.C. – The Employment Lawyers at 856-874-9090.